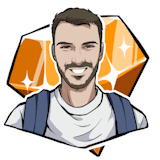 Title
Head of Research
Location
Toronto, ON, Canada
Twitter
https://twitter.com/LFine47
About
A native of Canada, Lawrence grew up in the Greater-Toronto-Area. After college in 201x he took the opportunity to work abroad in the cruise industry. As a member of the entertainment staff he travelled the world, never missing a chance to experience a new city or culture. Difficulties in returning to work aboard the ships combined with the a lack of confidence in the current financial system forced him to adapt on the fly. Stocks, Bonds, and other traditional investments quickly fell off the radar. Precious Metals seemed prudent at first but were clearly missing the ceiling that other opportunities presented. Enter cryptocurrency. Assets such as Bitcoin & Ethereum, and the seemingly limitless possibilities they presented, quickly captivated his imagination. The dawn of a new frontier wasn't just around the corner, it was here live & now. Delving deeper into cryptocurrencies led Lawrence to discover NFTs and the attraction was immediate. At first it was simply taking an interest in an inexpensive piece of art or to support a friendly artist, but with the rapid advancement of the NFT industry along with the possibilities of revenue generation attached to them his vision was made clear. Since then Lawrence has studied every project he could and he is proud to share his research with you.